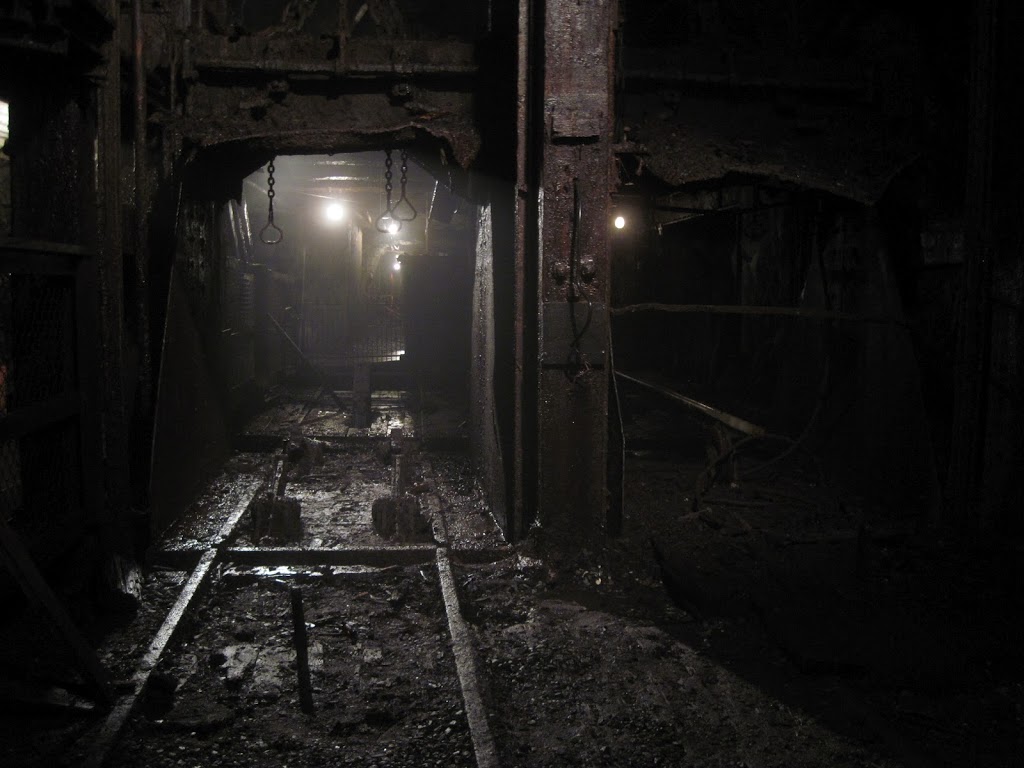 I was in the Poconos last week, enjoying a writing retreat and then a couple days with my family.  During my day and a half alone, I wrote a chapter in my WIP – which may not seem like a lot, but it was significant for me.  I had taken a break from the manuscript while my sister’s family was visiting from Kansas, and the quiet solitude of the mountains helped me reconnect with the story.  I pushed into the final 5 chapters (which I actually have outlined, believe it or not).
When my family joined me, we visited the Harry HoudiniMuseum, which I mentioned in my last post, and we also took a tour of the No. 9 Coal Mine in Lansford, PA.  I’ve wanted to take a mine tour ever since I started a story last fall set in the early 1900’s centering around mysterious activities at a Pennsylvania mine. I dropped the story due to various plot problems, and after my tour I see a few more snags in my storyline.
It wasn’t so much a problem of inaccuracies about the mine operation itself.  Those are details easily changed.  The biggest snag is my character Cage Harrison, the love interest for my MC who inherits his family mine business at age 18.  I have portrayed him as a benevolent mine owner who tries to do right by his employees and even throws his back into the digging when a collapse traps some of his workers. That kind of mine owner didn’t exist.  In fact, having my MC, an archeologist’s daughter, discover ancient alien artifacts buried in caves near the mine is MORE believable than a turn-of-the-century mine owner who gives a damn about his workers.  Our tour guide made a point of telling us several times that the MULES were more valuable than the human workers.
So that story is going to remain on the shelf for now.  I’m going to continue with the contemporary fantasy I’m working on, and hopefully finish the first draft in the next week.
But I won’t forget about the mine completely.  I may have to re-envision the story entirely, but how can I not want to write about a place like this?
*Photos taken by my husband, Bob Salerni.