At some point in high school (or possibly middle school) I stumbled across the book Sphereland by Dionys Burger. It’s a mathematical adventure in geometry – and yes, I know that sounds terrible, but it’s really a lot of fun. I re-read the book countless times.

Sphereland is a sequel to an earlier book, Flatland, by Edwin Abbott Abbott, which was both a satire of Victorian society and an exploration of geometry. Since the plot of Flatland was summarized at the beginning of Sphereland, I didn’t need to read the original.

Both books tell the story of a Square living in a 2-dimensional universe, a plane, in fact. This is a diagram of the Square’s home. 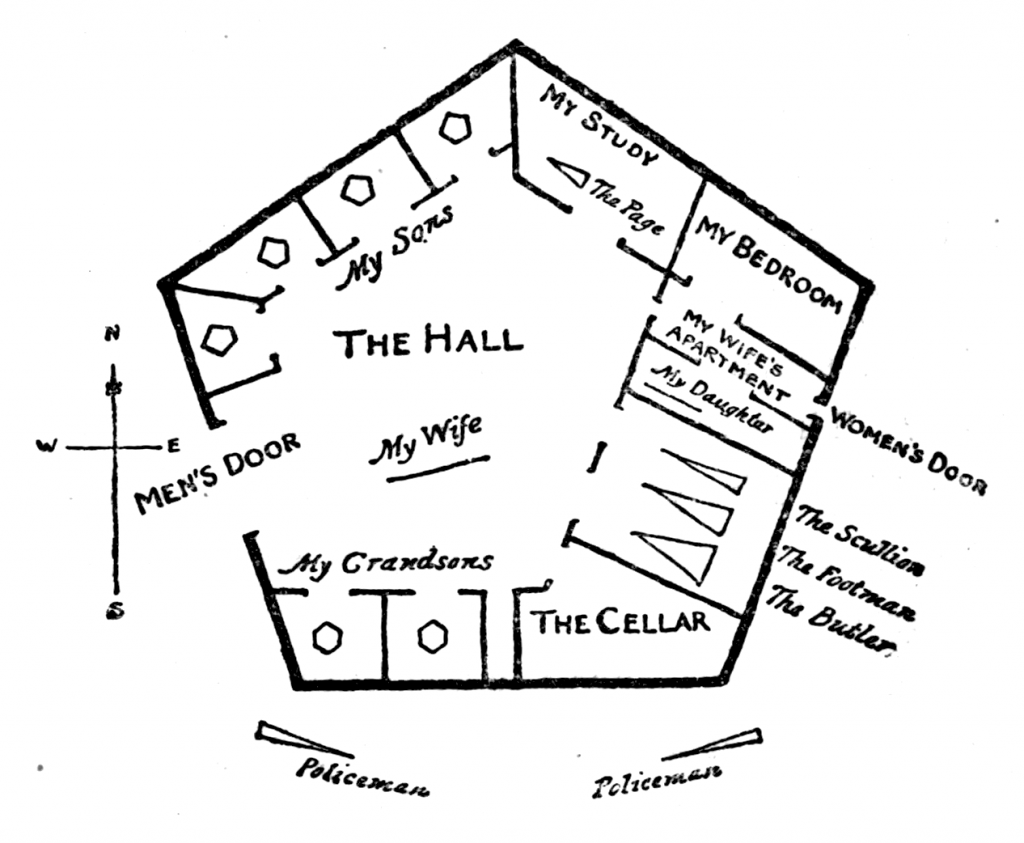 The Square is visited by a Sphere from Spaceland, a 3-dimensional realm. At first the Square can only see flat cross-sections of the Sphere as it passes through the plane of his world.

Eventually, the Sphere lifts the Square out of Flatland, and across the span of the two books, they visit Lineland, Pointland, and are in turn visited by an Over-Sphere from the fourth dimension.

These books started my lifetime fascination with multi-dimensional fiction. I eventually did read the original Flatland, as well as The Boy Who Reversed Himself by William Sleator and Spaceland by Rudy Rucker. I’m currently reading Flatterland: Like Flatland, Only More So by Ian Stewart.

I even wrote a manuscript, BRANEWORLD, which received positive praise on submission, but also some excellent critical feedback which led me to re-think my approach to the topic. Now, I’m 15k into a new WIP and re-visiting the multi-dimensional universe with new characters and a completely new story.

Do any of you have a lifetime fascination with a topic which you’ve written about – perhaps more than once in an attempt to do it justice?