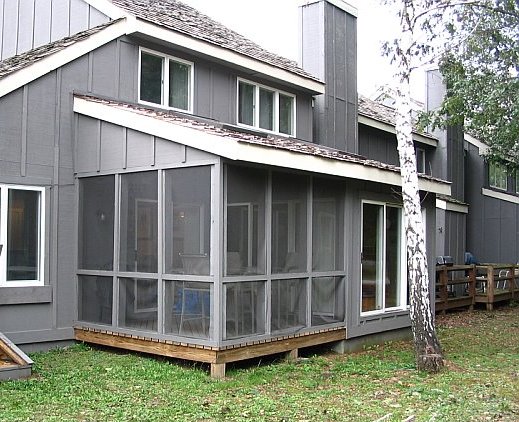 The last two weeks at my house were real humdingers.  My husband was traveling for work, which left me solo to handle chauffeuring the daughters to and from their various events — including night rehearsals for the local high school musical.  Twice, I had to unexpectedly take off work (which means writing substitute plans) to take one of my daughters to the doctor.

When my husband came home, he told me to get the heck out of Dodge for awhile. He sent me to our Pocono Mountain house, since it wasn’t rented that weekend. It took some gentle prodding to get me to go. Believe it or not, we’ve had the house six years and I’ve never gone there by myself.

So I went.  I can’t say it was really a writing retreat.  If I’d had some chapters I was burning to write, I probably would’ve refused to go, holed up in the basement, and spent the weekend attached to my laptop. Instead of writing, I needed some think time, because I was a little bit stuck.

Last year, when I participated in that “Write Every Day or Pay” event, I learned that flogging myself to write every day was not good for me.  I already write almost every day, including days when I really ought to stop, rest, and think.

I enjoyed my retreat, and I worked out a few things in my head for my WIP. I also watched a movie alone, went out to eat alone, hiked down to the Lehigh River … and did a little kitchen maintenance in the house. (ie: scrubbed the pots that tenants had left blackened and burned)

And now that I know how relaxing it is to go up to the mountains on my own, I plan to slip away more often.

When’s the last time you had some alone time?