What I Learned from The Walking Dead 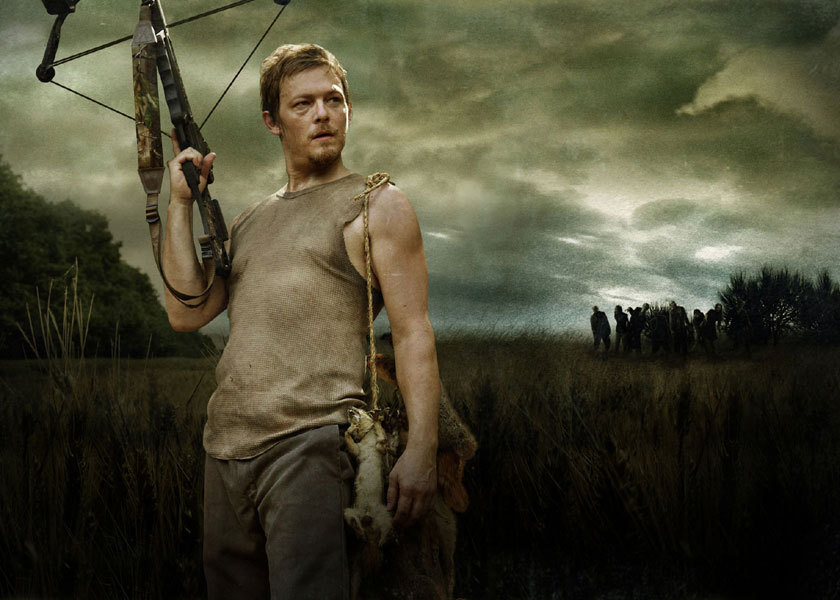 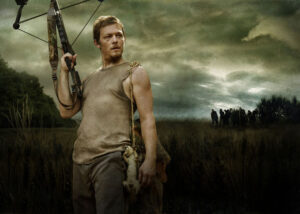 During Spring Break in April, I started working on my new WIP and wrote 15k in that week alone.  I might have written more … if I hadn’t spent so many hours watching The Walking Dead on Netflix and Amazon streaming.
It wasn’t wasted time, though, as far as my writing went.  I learned a lesson – something I probably should have known already, but it was a good reminder.
If you want your audience to root for an unlikely character, set their expectations low … and then surprise them.
Daryl Dixon is definitely not the type of character that I would normally like.  I can’t call him a diamond-in-the-rough, because I doubt there’s diamond quality there.  He’s such a marble-mouth, you can barely understand him when he speaks. He’s a loner and not particularly good-looking – although it’s pretty cool when he shoots that crossbow.  So, why did he become my favorite character on the show?
Because he was a surprise.  The audience was set up to hate him.  We meet his brother Merle first – a drug dealing, foul-mouthed, racist maniac who is such a loose cannon that the other characters are forced to leave him handcuffed on a rooftop when they flee from the walking dead. (Merle saws off his own hand to escape, and it gives me shivers to think he’s still out there somewhere.)  When Rick (the main protagonist) expresses regret about leaving Merle behind, he’s told no one will miss the guy … except his brother Daryl.
We expect Daryl to be just like Merle. Maybe even worse.  But he’s not, and every act of decency from Daryl makes us like him a little more.  He rescues T-dog from the undead, and later produces the antibiotics that save T-dog’s life. He’s the last to give up looking for the child Sophia when she’s lost in the woods, and the first to sit by Carol’s side when her daughter is discovered undead.
In a way, he reminds me of Sawyer from Lost, although Sawyer had more charm – and I don’t want to see Daryl with his shirt off.
But it was a great reminder for me, and perhaps useful for my WIP.  Once you’ve trained your reader to have low regard for a character, that character has great potential to surprise and delight the reader later on. Use it.