This was me last Friday … 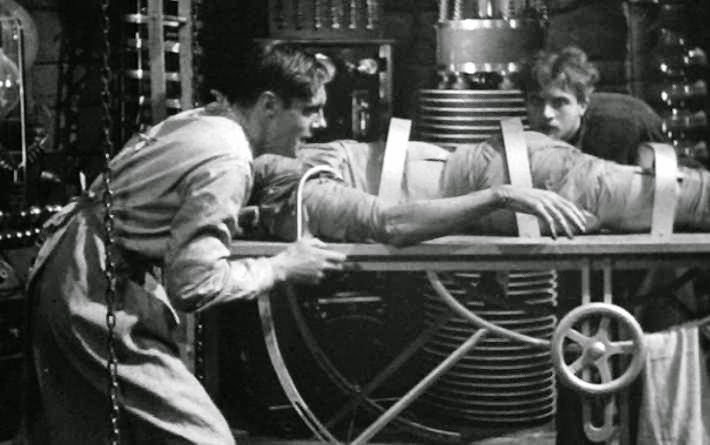 Yes, at long last, Franken-first-draft has been completed! It came in at 84k words, about 10k more than I want. Pretty typical for me. I can knock that back, no problem. I hit all the plot points in my sketchy outline, and so far my critique partners are mostly satisfied with my conclusion in its nebulous role as “Could be the end of the series finale, but there’s room for more.”

For those of you who followed my Eating an Elephant post on writing a climactic battle scene that was too big for me, here’s how I handled it:

1. Having realized in my Practice Room conversation with Maria Mainero that I don’t like reading huge battle scenes — so why would I write one? — I decided to separate my core characters from the main part of the fighting, sending them off to an adjacent location where they would be aware of the fighting, but free to do the things I needed them to do.

2. What I’m lacking in the first draft is a good reason for them to be separated, but I have an idea for handling that in Draft 2.

3. I abandoned ideas for events where the only purpose was to parade out one of the minor characters who appeared earlier in the story. They were distracting and pointless. Instead, those characters are briefly seen in falling action, so the reader knows they were present, but in the part of the battle we didn’t see.

4. Then I worked through each of my necessary plot points as planned. There are clunky places and some bumpy segues, but I stopped trying to get it perfect on the first try and just wrote it. I ate the elephant, bite by bite.

This is the point where a lot of people put the draft aside for a few weeks “to rest.” I’ve heard some writers claim this is an essential part of the process.

They must be writers who aren’t on a deadline.

However, even without a deadline, I never rest between Draft 1 and 2. I have a different procedure. On Wednesday, I’ll share my normal method of moving from the first to the second draft.