Which Way to Go Next? 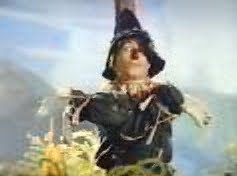 I’m back to pantstering my WIP, my little steampunk attempt — which is turning out to be not so much steampunk as alternative historical fiction, but that’s okay for now. I realize this one is going to go through many drafts before it sees the light of day.

And that’s okay, too. After taking Strange Truths through something like five or six drafts before an agent got excited about it and guided me through a seventh draft – which made it even better — I have come to look forward to that process of evolution. A few weeks back, I wrote about revisions creating alternate universes for my characters and their stories, and I have to say I enjoy reworking manuscripts better than feeling my way blindly through the first draft. Which is what I’m doing right now.

At this point in my WIP, I have an outline and an end point in mind, but I’ve already diverted from the outline twice, and I’m about to go off in an unexpected direction.

Birds navigate by instinct, and I’m listening to my instinct as I write. I had barely finished writing Chapter 6, which had been planned and visualized since before I even started writing, when my instinct told me what was going to happen next.

Instinct: Anarchists blow up the train.
Dianne: What?!?
Instinct: You heard me.
Dianne: Why? How does that further the story?
Instinct: Trust me.

Okay, so I blew up the train – with the resulting mayhem, chaos, minor heroics, and a heavy weight of guilt for my MC, Mick, who used to have ties to these anarchists and has been trying to shake himself free of them.

I don’t know exactly where this story is going, but I do know what happens next.

And as long as there continues to be a “next,” I’ll keep writing and hopefully find out if my instinct knows where it’s going. And if not – well, there’s always revision.

Anybody else out there playing Blind Man’s Bluff with their WIP?

BTW — Marcy Hatch and I are still taking submissions for First Impressions. (See post below.) Send your first page for feedback. We are kind and gentle and full of good ideas …