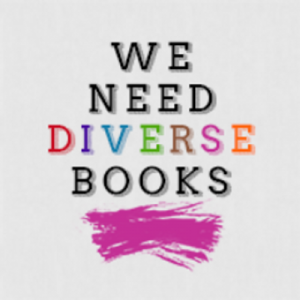 A few months ago, during the planning of my current WIP, my protagonist was calling all the shots—as usual. She told me her name and age: Jadie Summers, 12. I mentioned I preferred a boy MC for this story, and she told me, “Too bad.” She also declared she was biracial, and she lived with adoptive parents who were white and an adopted brother who was Latino.

That was fine by me, and when #WeNeedDiverseBooks lit up the social media scene a few weeks later, it seemed a good choice and what readers wanted.

However, I hadn’t anticipated how hard it was going to be to identify a main character’s race without awkwardly pointing it out.

Race isn’t an issue in my WIP. It’s an MG adventure story, along the lines of The Eighth Day, except it’s science fiction instead of fantasy. Jadie’s race is a minor plot point that’s only briefly important when she accidentally encounters her birth family. So, while it needs to be mentioned—and mentioned early on—it doesn’t really matter to Jadie, her family, her friends, or the action. Which is how it should be, I think. In my experience as a fifth grade teacher, most kids don’t care two beans what race their friends are.

Maybe I’m over-thinking this, but I’ve had a hard time figuring out how to identify Jadie’s race in the story and make it sound natural. I’m writing in close third person, which means I’m viewing the world from Jadie’s perspective, and no one goes around thinking, “Hey, I’m biracial.”

Somebody else could mention it, but how does that work? At first, I had an unpleasant woman make a derogatory comment, but I don’t want racism in my book, so I took it out. Someone meeting Jadie’s family for the first time might remark on their diversity, but I have no role for such a person in my story and I don’t need an extra character stuffed in there just to point out Jadie’s race. Everything I’ve thought of is stilted and awkward and obviously contrived to give this information.

Because, let’s face it. In American literature, we don’t usually mention the race of the character unless they’re not white.

And detailed character descriptions aren’t part of my style, especially in my MG books. Writing from close third person, I stick pretty much to what my MC might notice and remark on. For example, from The Eighth Day …

“Nice to meet you.” She was tall, perhaps in her early thirties, with dark caramel skin and smiling light-brown eyes. She lifted her left hand in what looked like a wave, but Jax knew she was showing him her mark. “My name’s Melinda Farrow, but that’s my married name. I’m a Llewelyn by birth and talent. Come in.”

That’s it. What else is a 13 year old boy going to notice? And this is Jax meeting and describing someone else.  Jax never describes himself. In fact, descriptions of Jax all come from an alternate POV character.

So, how do I include a passage where my MC Jadie thinks about her own race in a natural way that gets it included in the narration?