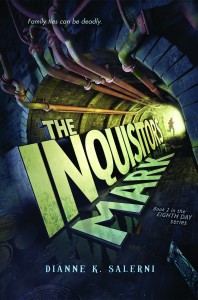 I’m currently charging through revisions on my WIP — on page 120 out of 236 Tuesday night —  so slightly over halfway there! At this rate, I’ll have a draft ready for beta readers in about a week. It feels really good after struggling with the first draft for so long. Yay!

Rather than lose the momentum by trying to write an intelligent blog post, is it okay if I indulge in a bit of squeeing over my upcoming January release?  It’s either that or more cute cat and dog pictures …

The Inquisitor’s Mark has received several good reviews so far, but my favorite one is from Kirkus:

As a Transitioner, 13-year-old Jax Aubrey is one of an elite group of people who enjoy an eighth day of the week. While some Transitioners use the eighth day as a playground, others, such as Jax and his friends, understand the gravity of their responsibility. Transitioners must maintain the Eighth-Day Spell, which protects the world from the dangerous Kin. Jax, as the only vassal of the Emrys family, understands this charge more than most. When one of the most deadly Transitioner families claims that he is part of their clan, Jax is torn between his loyalty to friends and ties to family. Combining both modern intrigue and ancient magic, this second volume in what continues to be an inspired series does not disappoint. Salerni expertly handles the charge of expanding the Eighth Day universe as well as deepening her characters. Jax is an endearing mix of heroic and awkward as he struggles with his new identity. Supporting characters offer comic relief, romantic angst and delusions of grandeur. Readers will want to read this series in order, as the summary of the first installment is sparse and confusing. An exciting blend of Arthurian legend and organized crime. (Fantasy. 8-12)

Awesome, huh? I’m wondering if that’s the first time “Arthurian legend” and “organized crime” have been used together in the same sentence.

And because I love you all, here are the dog and cat pictures anyway. 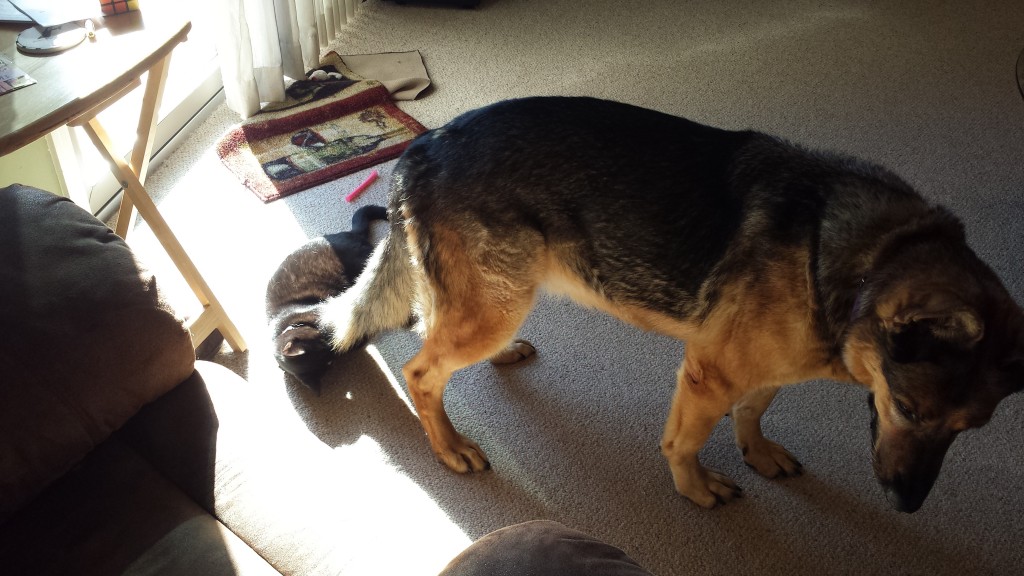 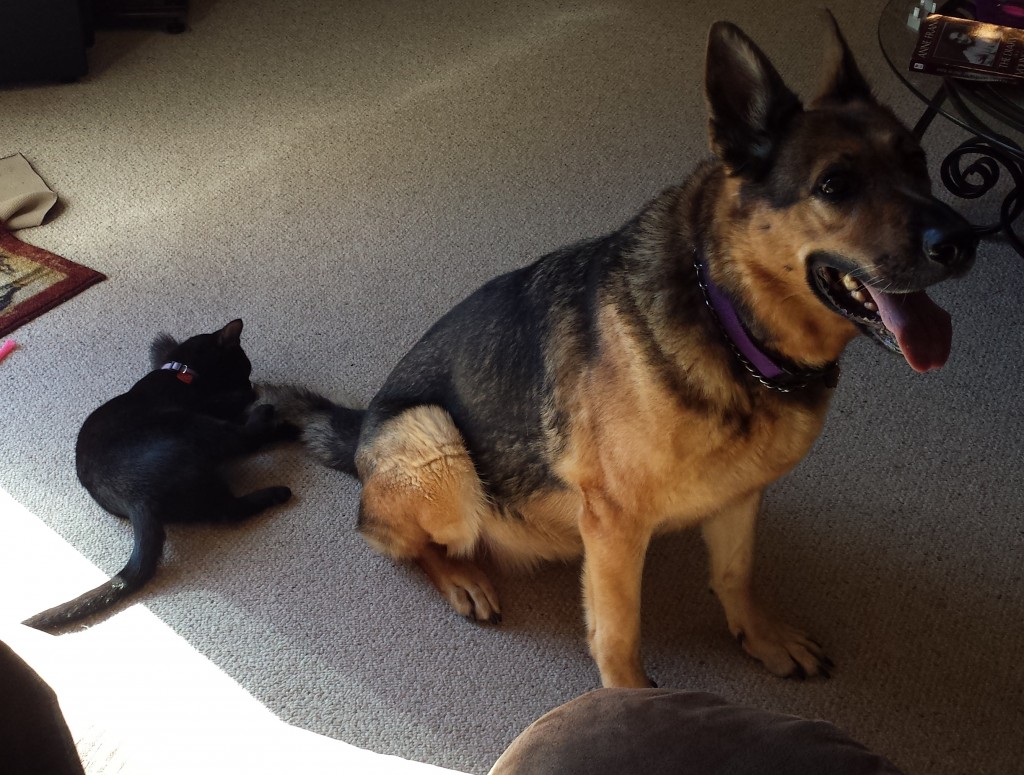 No, really. Got your tail. Chewing on it, in fact. 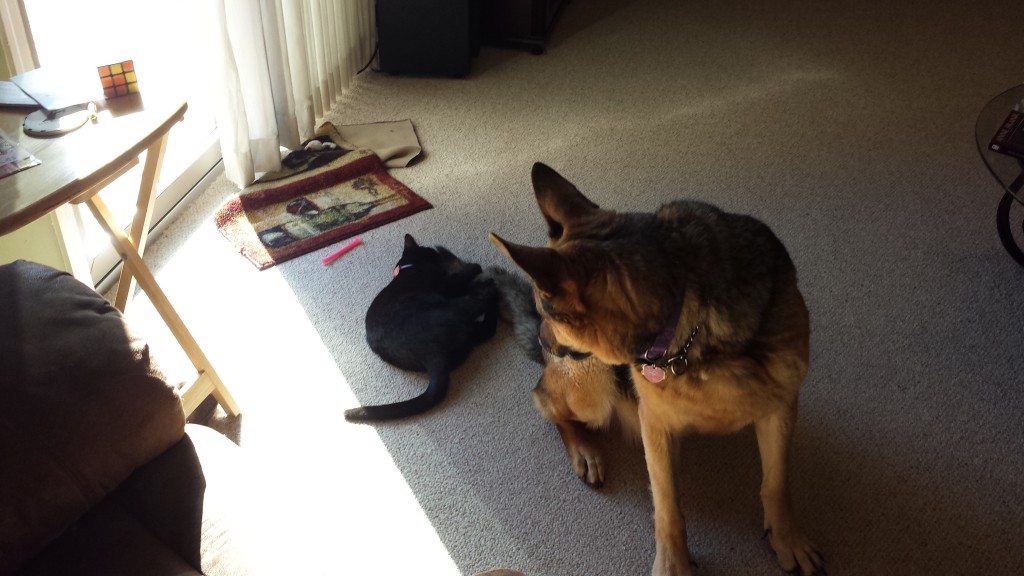 Huh? Is something going on back there?