Recently, The Spirit Game, the 6-minute film short based on my novel, We Hear the Dead, directed by Craig Goodwill and starring Katharine Isabelle, Katie Boland, and Charles Shaughnessy, was posted on YouTube, where you can now watch it for free. Yay!

If you haven’t been following my blog for long, you might not know the story of how this film came to be made.  A long time ago I posted How I Got My Film Option — which involves feng shui and painting the front door — but the shorter version is that my book was optioned for film back in 2009 by Amy Green of One Eye Open Studios. It wasn’t even published as We Hear the Dead at that time. The original option was for the self published version, which was called High Spirits. 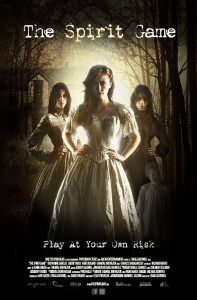 uiring the option. Amy talked me into writing the screenplay (in spite of my telling her I didn’t know how). She and I worked together and over the course of about 18 months — and 8 drafts — we collaborated on a full length movie script. Now I can technically say I’m a screenwriter … even though no one ever made a movie with that script. I got a lot of compliments on it, but no backers.

Eventually, director Craig Goodwill became interested in the project. He and Amy decided to apply for a grant from BravoFACT (Foundation to Assist Canadian Talent). Amy and Craig are Canadian; most of the cast would be Canadian. But I’m not. So at that point I had to bow out, and they brought in a Canadian screenwriter. (I did however get to act as a consultant on the historical details. Fun!)

The movie was filmed in November of 2012 and premiered at the Cannes Film Festival in 2013. (No, I didn’t attend.) This 6 minute story does not come from any particular scene in my book, but it does neatly capture the main premise: Three sisters run a fraudulent seance business. One of the three may also have real paranormal talent, but since she’s also addicted to laudanum, her sisters don’t believe her. 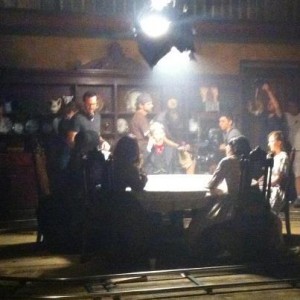 After Cannes, the producer and director began pitching the idea for a television series, with the film being used as a teaser. They even wrote a pilot episode, and once again I got to be the consultant on historical details. I wish I could say that a series was sold and in the works, but no … not yet at least!

I still think this is all very cool. Lots of books get optioned for film and nothing happens after that. But I’m honored to have one unsold screenplay to my credit, a script for a pilot episode, a series “bible”, and a short film with some well-known faces in it that went to Cannes!

When It Rains, It Pours 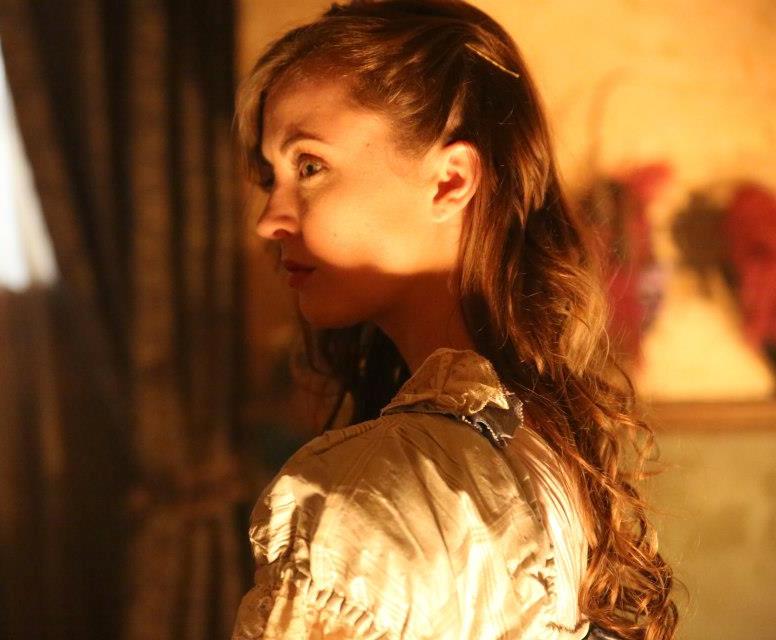 The publishing world is like that. Months and months of NO ACTIVITY. And then a bunch of stuff happens all at the same time. 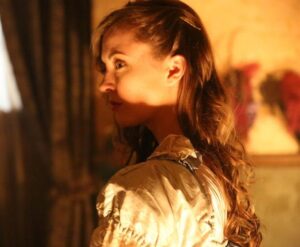 I’ve seen a semi-final cut of THE SPIRIT GAME movie. I’ll share that experience in a separate blog post, but I feel like a tease telling you about it when — unless you frequent film festivals — you’re probably won’t have the chance to see it for a year. The producer tells me that they are currently applying for admittance to film festivals, and the film will not be available for download or rental until next year. But I can tell you now, it was 10 minutes of awesome.

It’s still a few months before THE CAGED GRAVES comes out. I haven’t seen any “big” reviews yet (like Kirkus, Booklist, School Library Journal), but a couple ARC reviews have trickled onto Goodreads. Plus, I ordered t-shirts. And when I get them, I expect I’ll want to give some away …
I’m also closing in on the completion of the first draft of THE EIGHTH DAY #2. Since the first draft is always hardest for me, I wanted to get that done before I got caught up in promotions for TCG. And something awesome about HarperCollins – they’re holding back the copy-editing of Book 1 until I finish Book 2, just so I can change anything I need to make the books work together.

And oh yeah, I’m still expected to show up at work every day and teach the kids.
I’m trying to keep up with everybody’s blogs, but I don’t get around as much as I like. So tell me, what’s been keeping YOU busy lately? 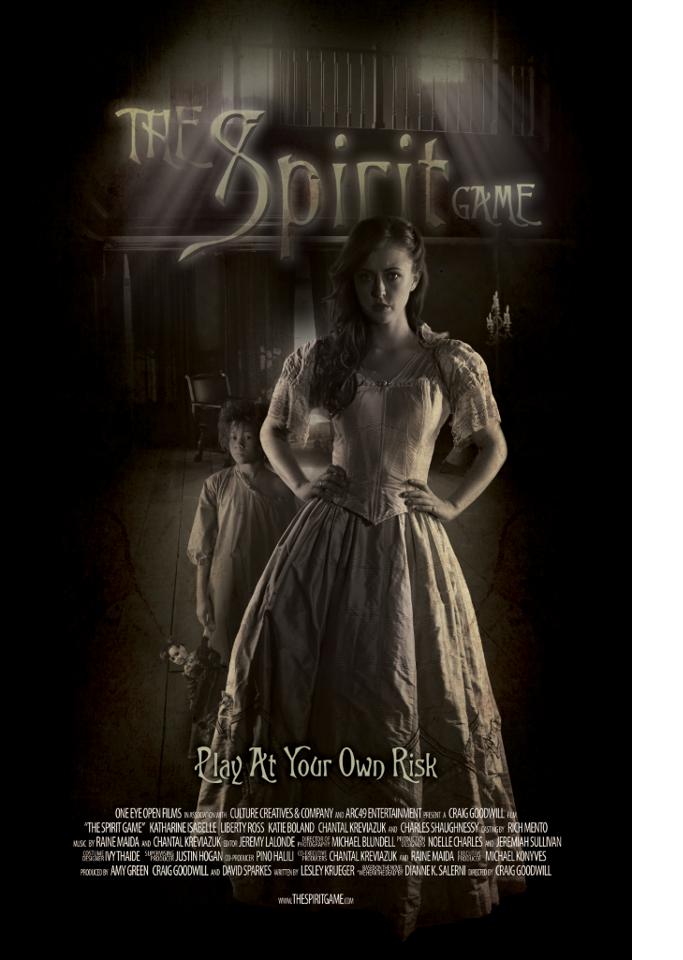 I’m thrilled that I am now allowed to share this Behind-the-Scenes video about THE SPIRIT GAME, the short film based on my book WE HEAR THE DEAD. This was a fascinating glimpse into the production, and I have to thank Amy Green for prominently mentioning my book as the inspiration. It is exciting to see an actor like Charles Shaughnessy enthusiastic about the project and to hear actress Katie Boland talk about the role of Maggie Fox, the main character in my book. I was also very amused to hear Liberty Ross talk about Leah Fox in a personal way. Some people might consider Leah to be the villain of my book. Clearly, Liberty understands she is more complicated than that.

And, having seen director Craig Goodwill’s films PATCHTOWN and ARTIST UNKNOWN, I can’t wait to see how he visually conceives this project. I’m sure it will be stunning.

Along with the video, I also got my first look at the official movie poster this weekend. See my name at the bottom, next to the director’s name?  Another squee-able moment. 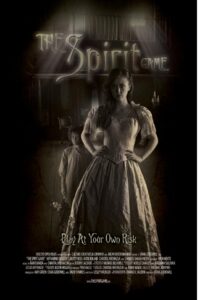 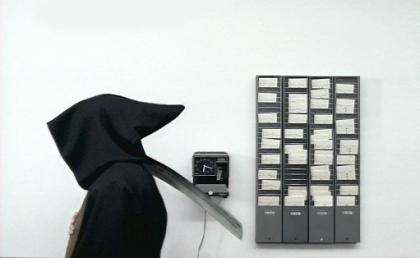 I’ve been a little ridiculously busy lately, so I haven’t been getting around to other blogs as much as I like. I tried not to miss any WRiTE CLUB rounds, but I’ve been scarce everywhere else. Here’s a little update from all the Stuff Going On:

I am really lucky my family supports me as much as they do or I’d never be able to manage all this and I would have have vanished from the blogging scene entirely by now. My husband and daughters do SO MUCH around the house to give me time to write (and blog).
Sorcia, I can’t say the same about you. You’ve been slacking off, and your breath stinks. WHAT did you eat? 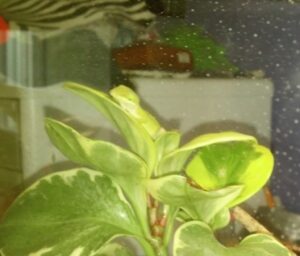 And the new lizards. Zeus and Pandora. Can’t say they’ve helped out much. I keep running upstairs to see if you’re okay. STOP turning brown, you two. You’re supposed to be green.